Eric Church is a very popular country singer from North Carolina, USA. And he is on tour in Europe right now. I wouldn’t know him, if I didn’t spend time in Canada a few years ago, where his songs are running on local (country) radio stations the whole day. Anecdote: One of his songs is called “Creepin'”. (very good song, though!) One day the radio hosts where laughing so hard about the many calls they got from listeners, who wanted to hear a song called “grapevine”. Nobody knew that song, until they found out that it was “Creepin'” that they were looking for. Well, Canadian English is not comparable with US Southern States English 🙂 .

Since we like Eric Church and the music he makes, we visited his concert in Hamburg on Friday night. This was actually the second time he played in Hamburg. In 2014 he played in the same location (Gruenspan). The concert was really good and the atmosphere was great. Watching a superstar in a small location with only “a few” people is kind of special – in the USA he usually fills up whole stadiums.

Here is a short video from the concert: 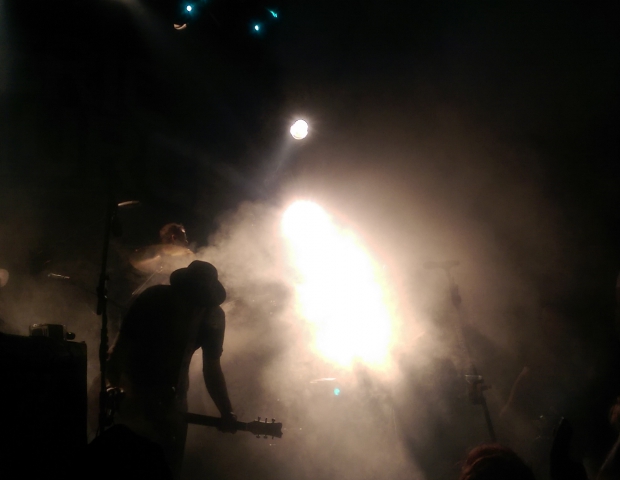 Hope you also had a great weekend 🙂