Since we are back from our New York trip and my thoughts about the city have settled a bit, I’d like to review the last seven days.

“What, you have never been in New York?” We have heard this sentence quite often. In 2020 it probably is fashionable to visit this city. Well, let’s check this, then.

Let’s now talk about the review. Yes, New York is a nice city. But you really need to ignore some things. For example there are many homeless, sometimes mentally ill people and it’s really sad to see every single of them. You also need a good amount of money when you don’t want to eat peanut butter and jam sandwiches every singe day. (2 Donuts and 2 Cappucino = 20$). And last but not least: The city is dirty. There is waste everywhere, some parts are better, some are worse.

We did some sightseeing, too. For example the “Top of the Rocks” which gives you a really good look over the city. Or the World Trade Center Memorial Museum, really recommend but also very oppressive.

There are so many things you can see and do that it is necessary to have an idea of what you want, before you go I guess. For us, it was important not to run around with a checklist even when there were things we really wanted to do. (see above). What we did: We walked around 100km (!) and I took approximately 1000 photos on this trip.

After one week in New York I can tell two things. First: New York does not represent the USA. Second: The is much more to do than just shopping and sightseeing 🙂 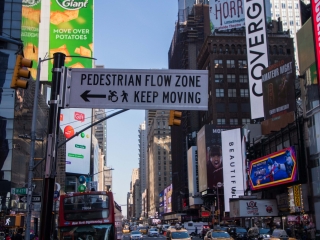 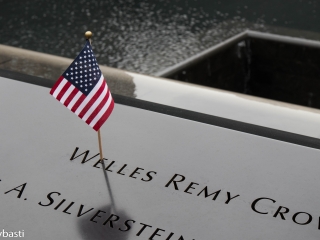 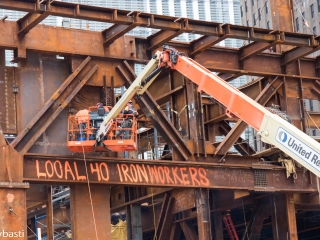 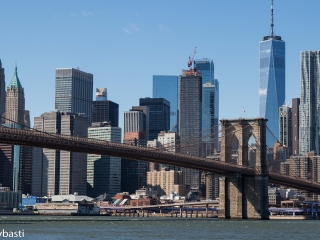 I”ll show you more photos later, I need to get rid of my jet leg first 🙂

Have a good start into the new week! 🙂